Response to Pine Beetles in the Black Hills of Wyoming 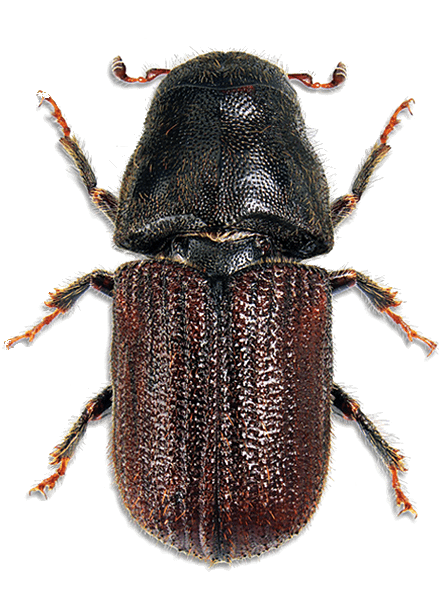 In 2009, a Statewide Forest Assessment in Wyoming designated the Black Hills region as a high priority insect and disease threat area. To help address the threat, Wyoming State Forestry assembled the Northeast Wyoming Pine Beetle Response Team to help minimize Mountain Pine Beetle damage on the Wyoming side of the Black Hills.

The response project involves over twenty partners collaborating to provide focused and integrated treatments for multiple landowners in multiple jurisdictions.

AgTerra’s MapItFast and Strider Reporting products have played a key role in implementing the strategy.  Inexpensive Android phones without a cellular plan were purchased to outfit over 30 contractors with GPS and data recording devices. After a brief training, the contractors are able to mark their inspection routes, specific problem trees, and priority area boundaries on their devices.

The ongoing project requires that most of the work is done in remote areas without access to Internet.  Because of this, the MapItFast project has been enhanced with offline aerial basemaps and property boundary overlays.  At the end of the day, after contractors return to Wi-Fi service, the project data stored on the devices is automatically uploaded to the online MapItFast mapping and Strider Reporting account.  No manual data transfer is involved throughout the process.

An enormous amount of data has been collected.  In the fall/winter of 2014-15, an area of approximately 80,000 acres was covered and 3,600 miles of forest was walked and evaluated for infestation. 45,000 trees were identified and treated.  Much of the same area was resurveyed in 2015-16 with only 20,000 trees identified and treated. During 2016-17, spotting was reduced to roughly 35,000 acres after finding less than 2,000 infested trees. These results demonstrate a thrilling success for the Response Team.

“MapItFast is a tremendous help identifying infested tree locations so that sawyers are able to quickly find and treat the trees.  Managing the maps and data from all the contractors is easy and convenient.  We were able to accomplish all of this at a fraction of the cost of other systems.” 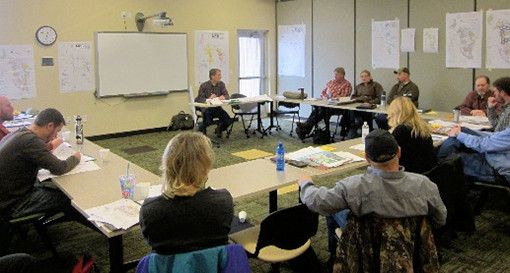 Sarah Anderson, District Manager with the Crook County Natural Resource District, helped coordinate the pine beetle mitigation efforts by training a large number of contractors and managing the GIS and tabular data they collected. When asked about AgTerra and the software, she said, “MapItFast has been fantastic. We really enjoy working with AgTerra.”

Results of the project have been impressive. Recent surveys taken in locations where work has been implemented show a stark decrease in the green trees infested with Mountain Pine Beetle.

We use cookies to make this website work better for you and to track our site usage analytics.  You can opt out if you like by blocking cookies in your browser’s settings, however this will limit website functionality.   Read our privacy policy.  By continuing to use this site, you are consenting to our use of cookies.  Here is an add-on to opt out of Google Analytics on all websites.

Since 2003, AgTerra has enabled natural resource professionals to gather, map and report data from the field.  AgTerra’s mobile and Internet based applications are designed to be simple for anyone to use, anywhere.  Our MapItFast,  Strider, SprayLogger, and SnapMapper products help companies automate data collection, mapping and reporting with very little training.

Manage your cookie preferences
We use cookies to optimize our website and our service. You can disable cookies if you choose. Please note that your web experience may be degraded as a result.
Manage options Manage services Manage vendors Read more about these purposes
Preferences
{title} {title} {title}